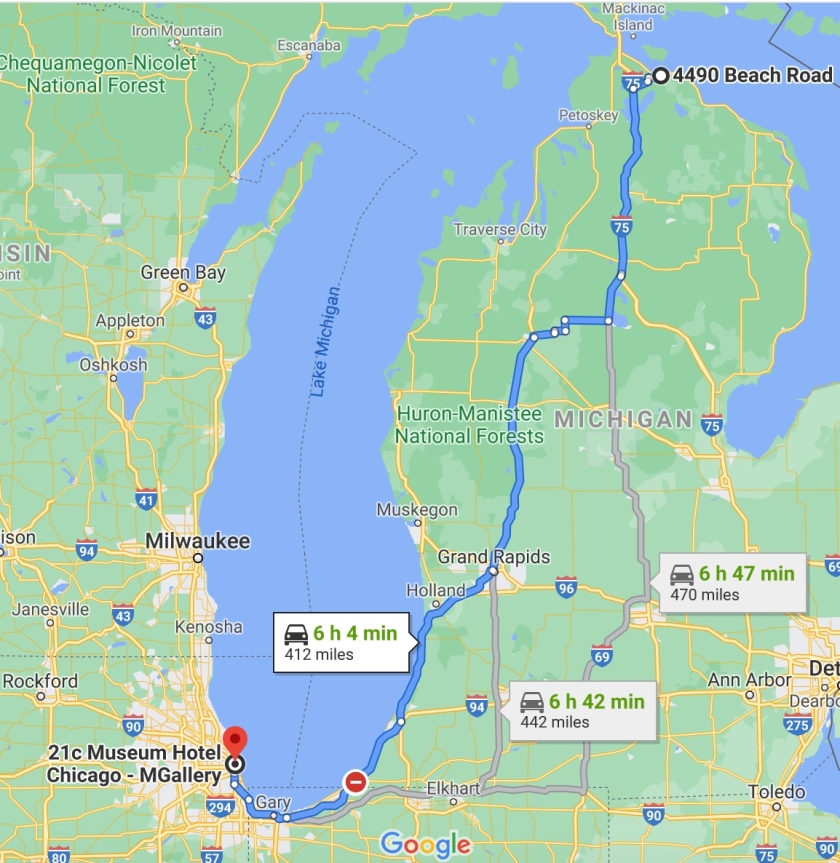 So after 7 days of camping we hit Chicago after traveling the entire length of the eastern side of Lake Michigan and a hotel (21C) and showers! The room was nice and the art was cool but this was the first day they were open and they had no room service or ice. No ice. And no guest laundry! Oh well… this caused a change of plans …. more on that later.

Our first stop on our walking tour of Chicago was the water tower, one of the only structures to survive the famous fire.

We noticed the Hancock Tower as we were taking pictures of the water tower and walked over to take a look. Turns out they have a viewing level on the 94th floor and, since it had just opened and there was no one there, …..

After the Hancock building we headed south on the “magnificent mile” and ended by walking east along the Chicago River to the Navy Pier. Most people we saw were wearing masks, at least indoors.

And then lunch at a beer garden on the river (with outside seating!).  We have been very careful wearing masks when we are around other people and the city is relatively uncrowded.

We ended our walk in Millennium Park with Chicago’s famous “Bean” (it’s actually called The Cloud Gate). It’s quite a bit bigger than the one in Houston. And it’s on its side.

We also saw the Crown Fountain, an interactive work of public art and video sculpture which probably is more impressive at night. 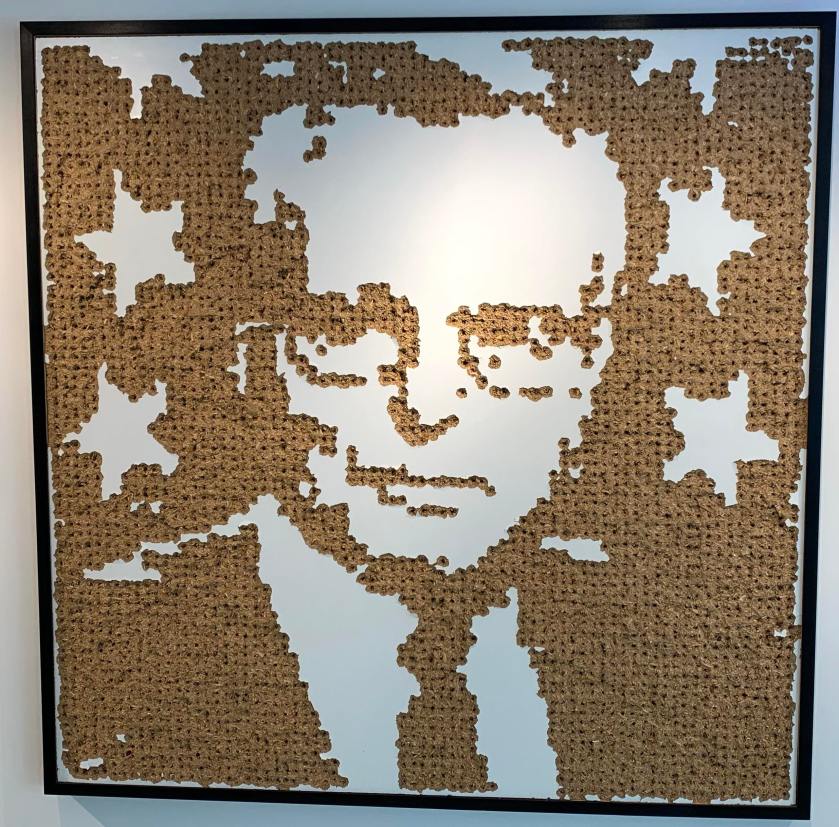 We spent the rest of the afternoon wandering around the art exhibits in our hotel.  21C hotels only have art from the 21st century. Here is a sampling of the art in our hotel…. 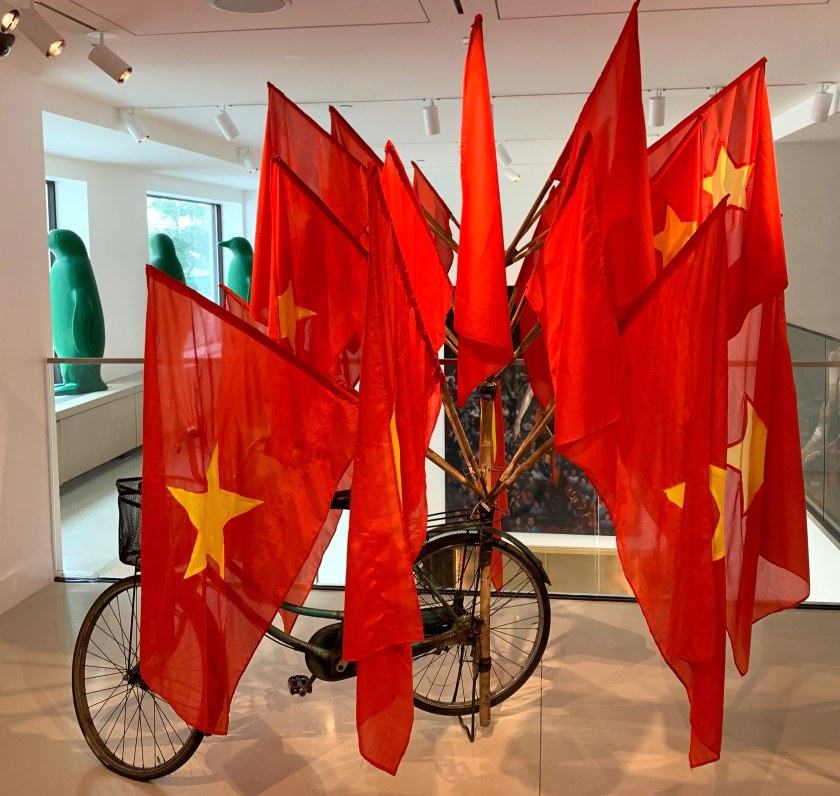 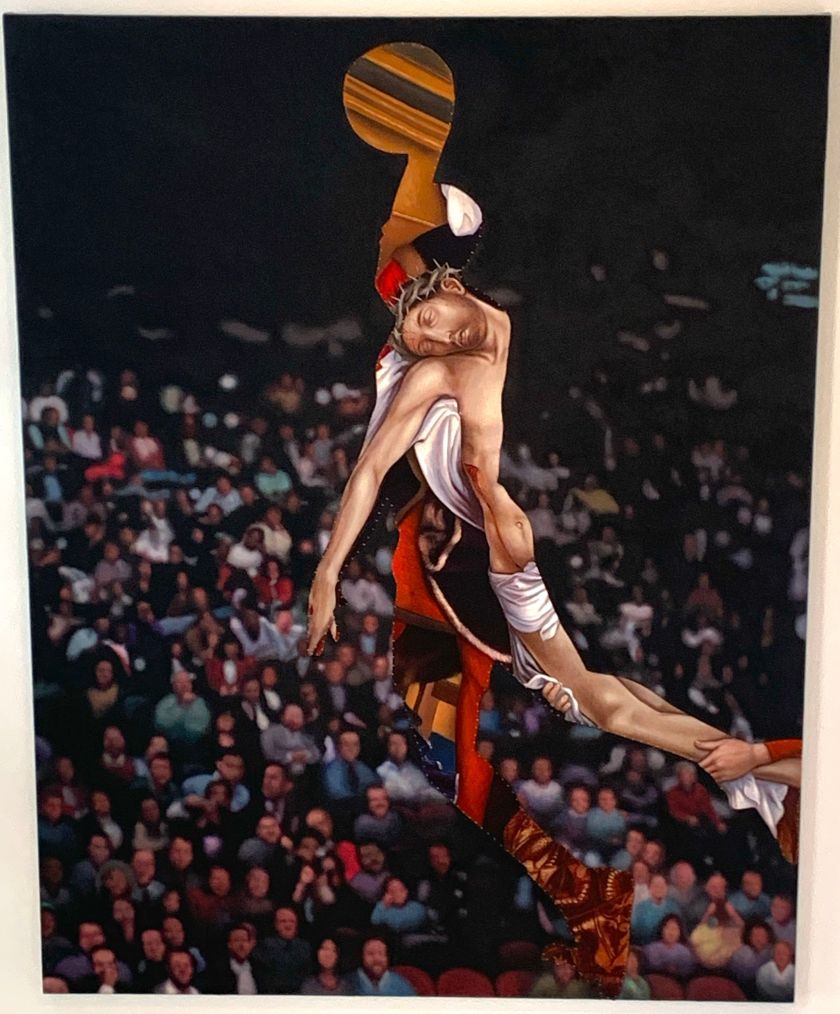